Keep up to date with what’s happening at Bus Stop with our blog and meet some of our awesome students as they give you insight into what they are learning about in class! 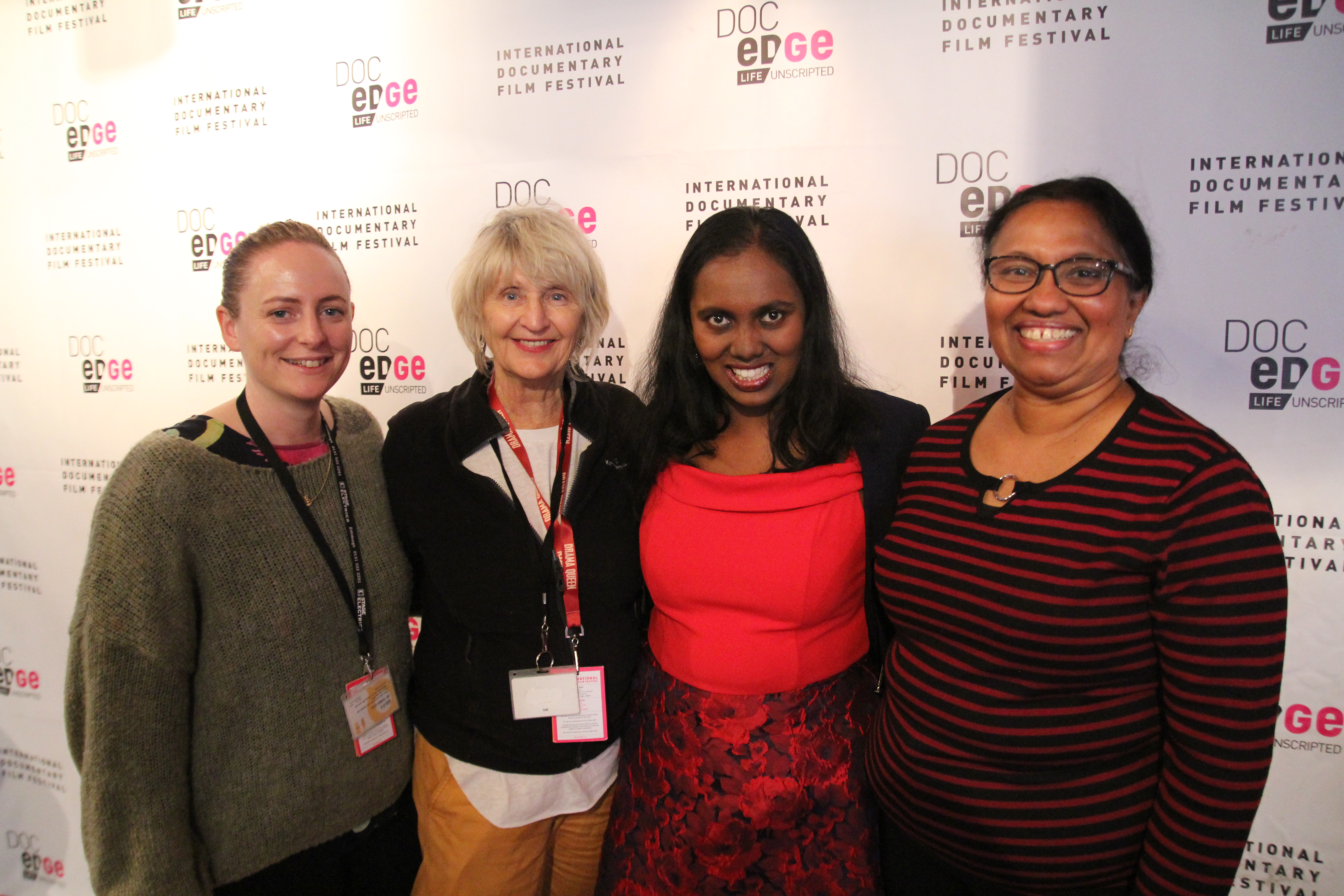 Sangeetha Punnia is a long term Bus Stop Films student and is one of the stars of the documentary “Lives in Action”.

This film was inclusively made both in front of and behind the camera and is the eye opening and heartwarming documentary showcasing different stories about disability and culture.

Lives in Action headed to the International Documentary Film Festival, Doc Edge Festival in Auckland NZ and so did Sangeetha!

Bus Stop Films gave me and my mum the opportunity to attend the Doc Edge Festival held in Auckland on 6th June this year. We flew in the day before and stayed in a hotel opposite the Q Theatre where the festival was held.

There were two screenings of our film and each was attended by over 100 special needs students along with teachers and adults from Auckland. Our film was screened alongside three other international documentaries.

Our screenings were done in a new format called ‘relaxed screening’ which was especially for disabled people to help them enjoy the film more. Our film was the only film that had people with disabilities as the stars of the film and it made the experience that much more amazing.

I was also the only participant to attend from all the documentaries screened and even had a chance to do a Q&A! I was introduced to the audience by Ms Paula Jones, one of the organisers before the start of both sessions.

Sangeetha introducing ‘Lives in Action’ to the audience at the relaxed screening event.

At the end of the sessions, I was asked to perform the dance from the documentary. I was thrilled to perform without any preparation.

I took some photos with the groups and gave a short interview about my experience at the festival. We thoroughly enjoyed their hospitality and the opportunity to be there and share the film with the students.

I would like to thank Bus Stop Films for providing me and my mum with this great opportunity to attend and experience this international film festival, it was really enjoyable.